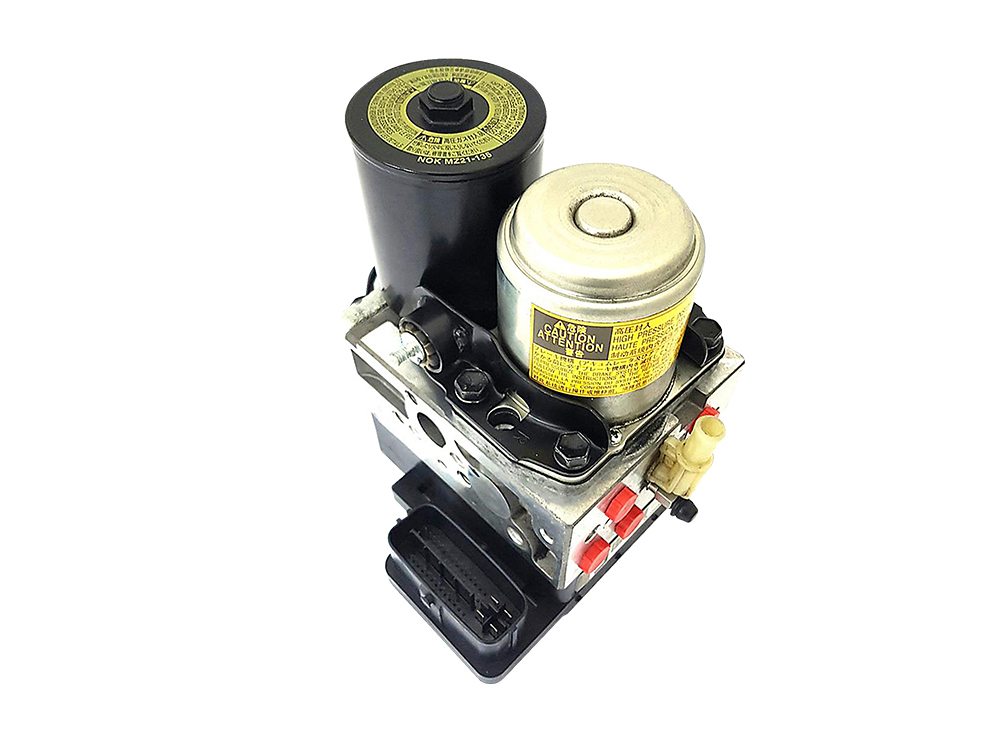 The Anti-lock brake system (ABS) is a very familiar system to todays vehicles. The function of this system is to maintain control and directional stability of a vehicle under extreme braking conditions.  The ABS control module has a self−diagnostic system which monitors the input and output circuits.  The ABS control module operates the solenoid valves and the pump motor in sequence to check each respective electrical system. This function operates only once each time the ignition switch is turned ON.

There are around 100,000 vehicles with hybrid ABS braking systems on the road and the demand for an alternative to OEM replacement has been steadily increasing recently.  After tasking the in house research and development team with the problem, Injectronics has identified a number of common faults with the hybrid ABS units found in the Toyota Prius and Camry models.

When a problem is detected in any of the systems, the Electronics Control Module (ECM) illuminates the ABS warning light in the instrument cluster to alert the driver that a malfunction has occurred. The code is then stored in the memory for access at a later time.  The ABS control module will also store the diagnostic trouble codes for any ABS malfunction.  Diagnostic trouble codes can then be accessed by the technician when completing a diagnostic scan of the vehicle.

Toyota Camry Hybrid AHV40R 2.4L built between 2010-2012 and Toyota  Prius Hybrid NHW20R 1.5L Built between 2003-2009, Toyota Prius Hybrid ZVW30R 1.8L built between 2009-2016 have been identified as having an inherent design flaw from the manufacture. Through extensive investigation and research, Injectronics can not only offer a repair of customers own unit for the faults listed below but have also developed a new repair process to rectify the original design flaws, offering the end-user a better than original repair service.

When replacing an ABS module, before removing the unit from the vehicle, check and record all fault codes.  This information should be supplied, along with any other diagnostic information when sending your unit to Injectronics for repair.

Common faults can include: