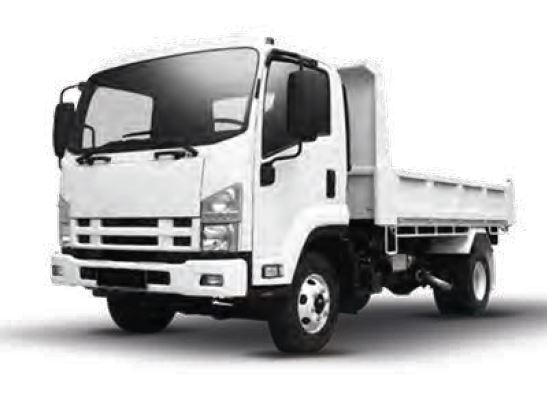 The Isuzu FRR500 comes in a variety of different body configurations, from a small tip truck to long wheelbase flatbeds such is the versatility of this model. During a recent inspection of a customer’s Engine Control Module (ECM) for fault code “P0045 Turbo Control Valve Circuit Open,” Injectronics discovered a common issue occurring with these trucks.

Code P0045 reflects problems with the turbocharger system, detected by the ECM due to issues with the circuit or solenoid. This code
results in reduced air pressure, effecting the fuel delivery system and the engine performance, which is indicated by flashing of Check
Engine Light on the dashboard.

After receiving the ECM for testing, the team at Injectronics set about checking for primary sensor and communication operations; two fault codes were stored in the ECM’s memory, P0409 and P0045. Further investigation of the ECM’s ground circuits and 5v supplies and a visual inspection of the ECM’s internal components turned up nothing unusual.

The trucks turbo operation is controlled via the CAN-BUS network. Information is relayed between the ECM and the turbo.

Injectronics technicians informed the customer of the test results and suggested a visual inspection of the loom. The customer found that indeed the wiring loom had suffered damage, due to continued rubbing against the chassis. This caused an intermittent fault, due to the damaged insulation.

Further investigation shows this is a common fault in these trucks due to the routing of the loom through the chassis, as well as the factory fitted insulation protecting the loom. After discussions with the customer, we found that the CAN line, between the ECM and turbo control module, was entirely rubbed through on the left-hand side of the engine, in front of the sump. The wires load had tested
correctly to 10amps and had good conductivity. The fault was ultimately occurring due to a pair of CAN wires shorting after the insulation had rubbed through. This caused intermittent communication failure between the turbo controller and the ECM.

The customer reported that the P0409 EGR code could not be erased, even while using a tech 2. Injectronics discovered that to delete the P0045 code you can unplug and reconnect the turbo control module, which will clear the code.

A final follow up call to the customer revealed that once the wiring was repaired and the ECM refitted to the truck, it is now back on the road, running correctly.