The ABS module controls the valve body solenoids after processing input signals from the vehicles wheel speed sensors and in later systems additional sensors, such as steering wheel angle and gyroscopic sensors are used to detect the direction of the vehicle.  Mercedes Benz and then other European vehicles, such as Audi, BMW, Saab, Volkswagen and Volvo were all early users of anti lock braking systems.

The common brands are ATE TEVES, Bosch and TRW. 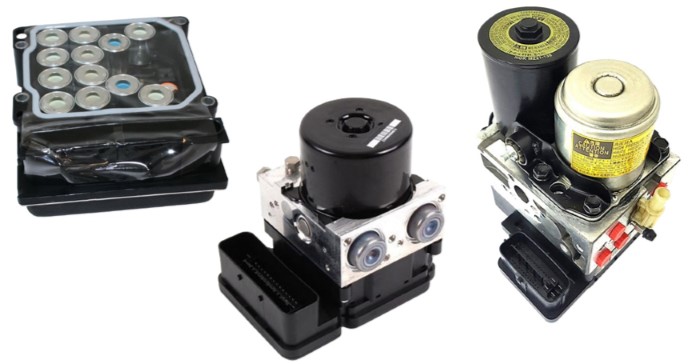