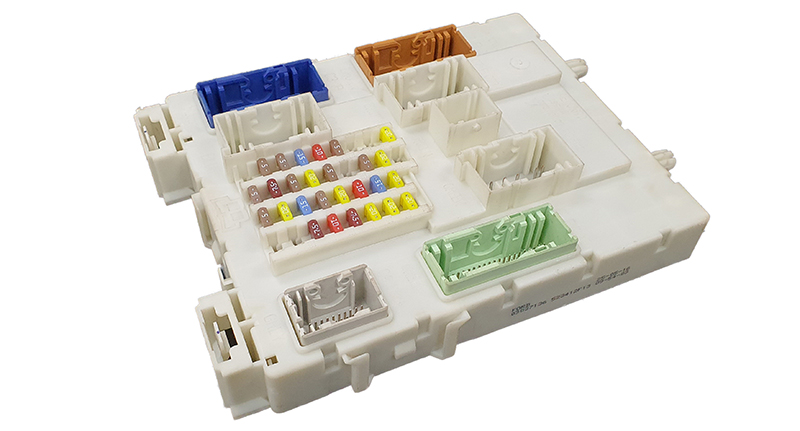 The Body Control Module (BCM) detects a fault when the resistance is outside its normal tolerances, this can be caused by an open circuit in the system such as, a faulty globe, broken wire (short to ground) or has aftermarket LED OR HID globes fitted or accessorises such as light bars being fitted to the vehicle without the proper circuit protection being added to the system.

After a complete check of the vehicles wiring is completed and any faults such as burnt or exposed wiring, broken or water damaged connector plug’s /wiring rectified & the correct globes fitted as per manufactures specifications.

The technician is directed to complete a scan of the vehicles diagnostic system to confirm the fault has been rectified by completing the activation test of the lighting system with a suitable scan tool. If the vehicle still has no left-hand side headlight or high beam function the fault can be in the BCM itself.

The BCM in the Ford Ranger / Mazda BT50 runs a solid-state circuit protection system that monitors the load and resistances of the vehicles electrical system. If an abnormality is detected the BCM cuts any circuit outside its tolerance. When a fault is detected it triggers a counter in the BCM that can only happen a limited amount of times before the BCM cuts out the left-hand side low beam and or high beams permanently and in some cases, communication with the BCM is lost. In the case where the BCM has been identified as the issue the only option for the technician is to replace the BCM, This would require programming to the vehicle using an appropriate dealer scan tool, up until now this was a dealer only operation.

Injectronics can provide the following solutions:

Injectronics only requires the BCM for testing & repair of the above listed faults. The BCM is located on the driver’s side of the vehicle underneath the dash panel.