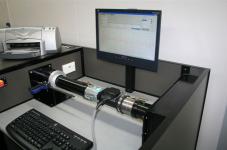 The continual updating of its electronic testing equipment has led Injectronics to develop its own fully automated Air Mass Analyser, which enables accurate testing and recalibrating of all types of Air Meters. Injectronics has also developed its own Virtual Automotive Simulators (VAS) which allows computerised testing of many of the automotive electronic control modules and computers fitted to today’s modern vehicles.

The Injectronics team is passionate about cars and electronics.

Injectronics’ dedication to providing superior quality products is highlighted by the International Standards Organisation awarding it with ISO9001:2008 accreditation.

Injectronics is the only automotive electronics remanufacturer in the southern hemisphere to have achieved this recognition of standard.

Injectronics are constantly looking for ways of improving its services and products for their customers and continually develop new and efficient test and repair procedures within the remanufacturing department.

Because of its reputation in the industry, Injectronics supplies its products to all the leading Australian and New Zealand automotive parts and component suppliers. Injectronics has also supplied test equipment and technical services to various vehicle manufacturers in Australia, as well as customers all over the world including the USA, Germany, Holland, UK, France, China, Africa, Mexico and South America.

Worldwide companies rely on Injectronics’ technology to assist with the design of specific products including circuit boards and testing simulators which have been exported to various international companies over the years.

Injectronics is essentially a recycling business, where a non-functioning automotive electronic component is dismantled, cleaned and then remanufactured for stock. It is then sold on an exchange basis and a faulty unit is returned which essentially completes and then continues the remanufacturing process.

Whilst this cycle continues it eliminates the need to purchase a new unit, which has a far greater negative impact on the environment as compared to recycling/remanufacturing. It also reduces the amount of old units being thrown into landfill.

Injectronics is committed to minimising its impact on the environment by constantly looking at ways of reducing energy and water use, recycling of non-usable materials, reducing waste, and training its staff of the benefits of re-using and recycling.

Over the years Injectronics has won numerous industry awards has been recognised for its excellence and innovation. 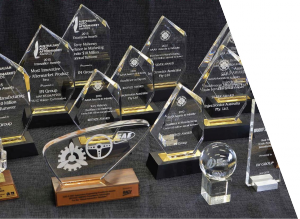 Induction into the “Manufacturing Hall of Fame” May 2008