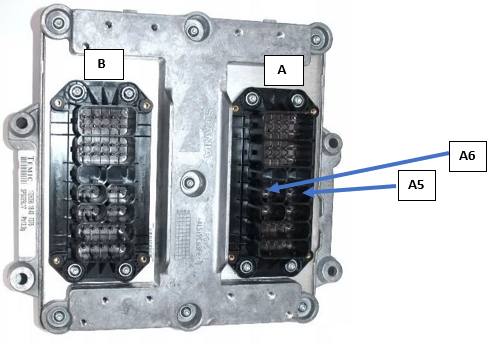 The Scania EMS S6 Engine Control Unit (ECU) fitted in the P, G, R & T series trucks with P93, P96, and E2011 engines is well known for its high failure rate. Due to the nature of where the ECU is located and its environment, common issues with the EMS S6 include T74/T75 Engine speed sensors related issues, Coolant temperature related faults and Intermittent engine start-up failure or cut out problems.

One of the most common issues seen in this ECU is T74/T75 Engine speed sensors related faults; these sensors are rotational speed sensors that supply engine speed signals to the ECU. When a Diagnostic Trouble Code (DTC) for these sensors’ is logged, the engine power is reduced, the DTC may be due to an improper connection or a fault in the sensor itself.

istance between pins 1 and 2. For each sensor, the resistance should be between 400-700 ohms. If the sensors measure the correct resistance and a check of the wiring shows no sign of damage, the code should be cleared and rechecked.

If the engine speed sensors have the correct resistance and the problem has not been rectified, or the fault recurs, the fault is probably in the ECU. Usually, this would mean purchasing an expensive replacement unit from the dealer. 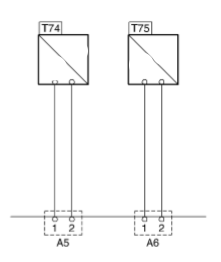 Click here to go to the repair part number ECMSCAN01REP