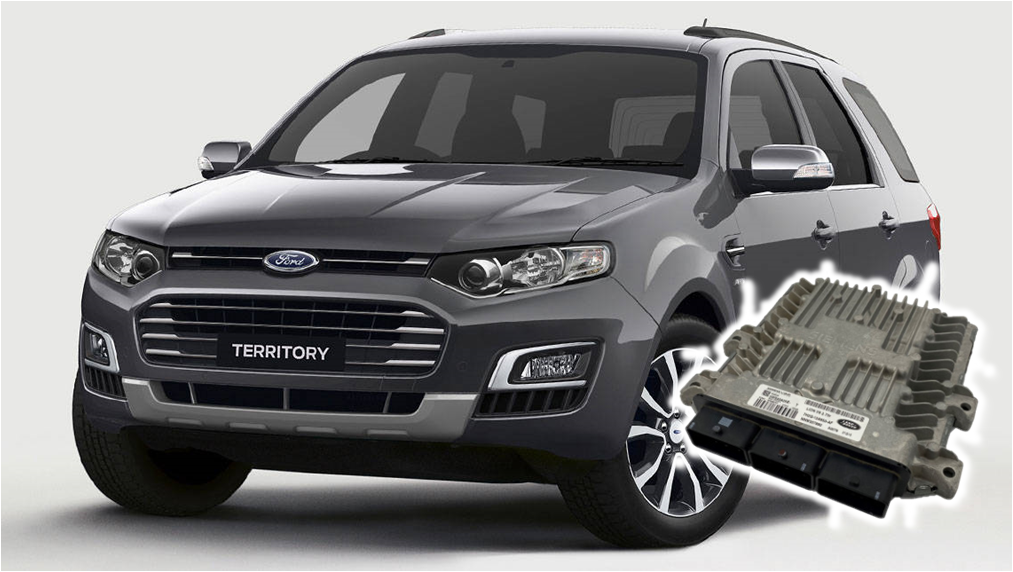 The popular Ford Territory SX series was the first SUV to win Wheels car of the year in 2004. This was available with two engine options being Barra 6 cylinder and Barra Turbo.

The later updated SZ series Territory was released in April 2011 and also came in a Ford/PSA-developed 2.7-litre V6 diesel engine after Ford dropped the Barra Turbo option. This engine was controlled by a 141-pin Continental ECM.

The Territory had many similarities to the Ford Falcon. Two to mention were the instrument cluster and ICC from the FG Falcon. This also inherited some common faults, below are a few to mention:

Injectronics have seen many of these units failing with similar symptoms to the FG Falcon, and are now offering a Test and Repair service of the customers own unit. In order for Injectronics to test your unit, we require the following components:

ECM, BCM, Instrument cluster, Key reader, and Key. As well as an accurate fault description and list of fault codes. This will give our Technicians the best chance of testing and repairing your unit.

For Single or multiple injector failure fault codes, check the connections at each injector. Disconnect and check each connector for condition and correct pin tension, measure the resistance at the pins, should be 180 - 220 Kohms; If one or more are outside this range repair as required. During this diagnosis, it will be essential to clear and recheck the DTC's after each step, turn the ignition off, and wait 20 seconds before turning the ignition on to recheck the DTC's. If the fault code cannot be cleared and the wiring and injectors have checked out ok, it can be determined that the ECU may be at fault.