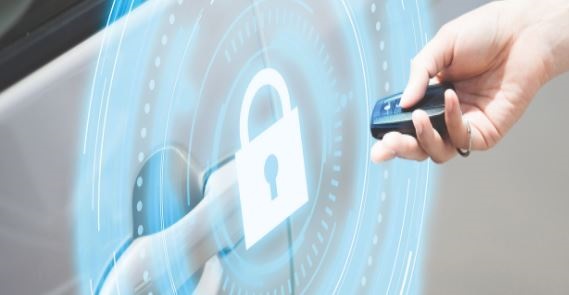 When I was a kid a mate of mine had an early 1970’s Datsun 1600. It was a ripper of a car. It was well before CD players were standard equipment, you used your muscles to open and close the windows and a credit card could turn the ignition on. That’s right, it had one of those strange little holes built for a standard metal key, but a credit card would move the ignition into the ‘on’ setting without the need of a key.

Based off this alone the car must have been unroadworthy, but it was the late ‘80s, and as 17 and 18 year olds it was funny more than anything else. (If in 2020 it is at all possible to do this with an old car, just don’t!)

That was the late ‘80s when the humble ignition key, first introduced in the 1949 Chrysler, turned your car on and off. It was even before the switchblade key. Remember that? A little button built into a fob would flick the key in and out. Was uber trendy at the time and great to play with.

Keyless entry - as we now know it - was still some time away, but its introduction actually occured in 1980 by Ford thanks to a little keypad on the driver door that required a pin. Evolving into something better, by the mid-‘90s smart keys were becoming more popular.

Now, in 2020, there are fewer cars using keys and the majority include an advanced keyless entry system fob that locks and unlocks the doors, opens the boot, sorts your seat position and even starts the car, remotely.

Then once you’re in the car all you have to do is press the push-button start and you’re on the road, wind in your hair, enjoying life to the fullest (more like picking up the kids, getting to work or heading to Coles - but why ruin the romance).

So how does this work? There are RF (radio frequency) transmitters and receivers built into the car and fob to wirelessly read and then validate the key. This is done via the control unit. You might have heard of the terms Electronic Control Module (ECM) or Unit (ECU), vehicle immobilier systems or the Body Control Module (BCM), and depending on the vehicle it could be called something else, but this equipment is intrinsically linked to your car’s electrical system – making everying work.

This proximity-based system allows you to enter the car as well as start the car. For those that have this system you’ll notice that the key has to be generally inside the car for it to start. And if you leave the car running, exit the car with your keys to enter your house, the car will start beeping at you (this may differ depending on the manufacturer and model) so that you know the key is not with the car.

But what happens if the battery within the fob is kaput? The OEMs think of this and build one of those old fashioned keys into the fob so that you can still enter the car.

Starting your car is still possible with a dead fob. Again, all manufactuerers do it differently, but in a Mazda all you need to do is hold the fob up against the ’push-button start’ button and there is a enough charge for you to get the car started. Pretty clever.

If your fob needs a new battery or you are having issues with your keyless entry system feel free to give the customer service team at Injectronics a call on 1300 308 060 (AU) or 0800 536 547 (NZ), create a live chat at www.injectronics.com.au or email techsupport@injectronics.com.au